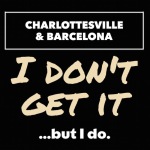 It’s been quite a week. North America experienced Charlottesville, then Europe went reeling from Barcelona and Finland.

Someone recently wondered aloud if social media was more about getting us en-gaged or en-raged. The consensus leaned decidedly toward en-raged, and I think I’d agree with that. Similarly, someone a few years back, referred to “a culture of outrage”… again, that’s a pretty good description of western culture at the moment.

Not too far off the mark is it?

Let me give you highlights of our week
before coming back to these thoughts.

Last Sunday afternoon we tuned in to the live service broadcast from Capital Community in Fredericton. Technology is so cool like that.

Jack & Kathy Leaman were among the first worship leader voices that I heard when I came into Pentecost, so seeing them lead and hearing her sing took me way back and I’m thankful for faithful & steady voices that are still speaking a consistent message and living a consistent testimony. That’s comforting in a sometimes out-rage-ous world.

Back to the Island

Sophie & Dominic had been wanting to return to l’Île de Ré with Liz & Timo since they were away when we first went. The pressure was on as it was the last few days before Sophie would start back to school and the weather last week had been poor.

We wound up with a beautiful day to go… perhaps a little too beautiful. By the looks of things, everyone else had been waiting for nice weather to go as well. The drive that only took 2h each way the last time took about 3.5 hrs this time. Never. Again. will we go in August.

Still, we had a nice picnic at the seaside, browsed a few shops and capped things off with ice cream before hitting the long road home.

After taking Tuesday to recover from our day-cation on the island took a day to visit the Chateau du Clos Lucé, where Leonardo daVinci spent the last three years of his life under the patronage of King.

I was utterly amazed at the things he invented in the fields of civil engineering, architecture and weapons of warfare and aviation… not to mention painting and costume design.

God has truly given us an incredible resource in the human brain, when it is applied constructively.

How blessed we were to spend the day with friends. 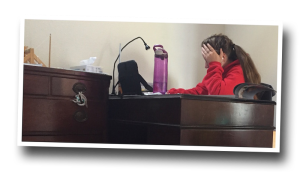 Thursday was Sophie’s first day back to school. This may seem early for folks back home in N.B. but there’s a good reason.

The graduation ceremony at Florida’s Pensacola Christian Academy (home of the Abeka Academy program she follows) happens at the end of May. Soph wants to attend but she’ll have to be done the majority of her classes by early-mid April.

Such a trip will incur extra expenses but it’s important to us (and her) that she be able to go. If you’d like to take this on as a fundraising project… you’d have the whole school year to raise funds and it would help a great deal!

Back to Outrage & the Enraged

Charlottesville, and POTUS’s response, have dominated North American news this week. Individuals are tripping over themselves to advance their point of view and are accuse those with differing views.

I see news reports and I’m baffled… I just don’t get it. In this and in other raging debates it’s the same, tolerance is touted… intolerance is shown. How did we get here?

On the other hand though, I do get it.

The further mankind moves away from actively pursuing God, the less our inclination to reign in our thoughts, our words or our actions. Chaos ensues and rage is not a distant cousin of chaos.

Cain didn’t follow God’s instructions for an offering and when his was then rejected (and his brother’s accepted), Gen. 4.5 says that he was “wroth” …. enraged – He felt a sense of injustice. But God didn’t cut him off instantly, he used it as a teaching moment.

“If you do what is right, won’t you be accepted? And if not, sin lies at the door.” (Gen. 4.7). But Cain couldn’t do it…. he couldn’t let go of his wrath and killed his brother in the very next verse.

Jesus takes it one step further.

“Whosoever hates his brother is a murderer: and … no murderer has eternal life abiding in him.” 1 John 3.15

“He that says he is in the light, and hates his brother, is in darkness even until now.” 1 John 2.9

Can I suggest a little biblical wisdom here…

“… the tongue is a little member, and boasteth great things. Behold, how great a matter a little fire kindleth!” (Proverbs 12.18)

The tongue may be a SMALL part of our body, but it can get us into BIG trouble. On the other hand…

“There is one whose rash words are like sword thrusts, but the tongue of the wise brings healing.” (Proverbs 12.18)

There’s the goal… use our tongue to bring healing.

Thanks for making it this far – I know it’s a longer post than usual. Following the news this week has got a lot stirring in my mind. I may not be able to make a difference on a global or a national scale, but if I can make a difference in one person’s life today, by speaking healing words – then I will have walked in wisdom.

Let your words reflect him today.

Please pray…
as I spend the week in Melun
teaching at the Bible School.
Thank you!