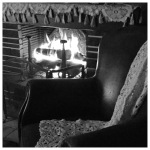 Did you hear about the snowfall in France this week. It’s been a MAJOR talking point on all newscasts since Tuesday. The snow made for a lot of happy kids and a lot of inconvenienced drivers But as always, there’s peace in the storm! Let me begin with last weekend… 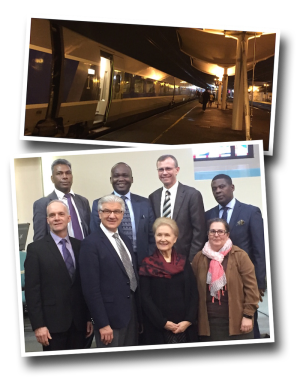 Last Saturday I got up early and boarded a train to Paris for the annual ministers’ conference. Business sessions took up the morning and we had a pastoral seminar in the afternoon with visiting minister, Pastor Jeffrey Harpole, from Terre-Haute Indiana.

I translated for Bro. Harpole who talked about local church growth strategies. It was similar to some things we were doing in Saint John prior to leaving and was refreshing as it’s not the kind of teaching that we hear a lot outside of North America.

A Talk with Home

Sunday night we stayed up until midnight (the kids too) to skype in to Sunday evening service with our home church in Saint John. It was the first time we’d done that since coming to France and was so neat to “be there” with them as they focused on missions. We talked about what the Lord was doing and they had a time of focused prayer for us.

How cool is technology!? 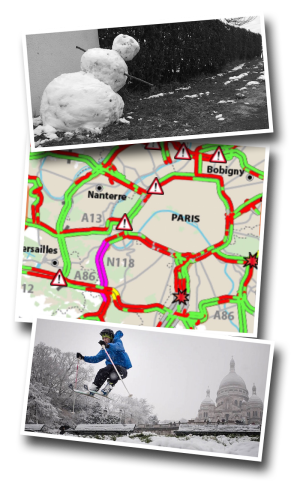 French weather services were calling for extreme cold and winter conditions in most of the country on Tuesday. This meant temperatures of -6 to -7 degrees and a few centimeters of snow. To us, from eastern Canada however, it’s a regular early Spring day! 🙂

Châtellerault got 4-6cm… enough for school transportation & public buses to be taken off the road meaning the kids had a snow day (“As homeschoolers,” Timo was quick to remind us, “they NEVER had snow days!”). What to do when there’s no school? Build a snowman of course. (By Thursday he was already looking tired!)

Paris was another thing altogether. They got 12cm, which caused over 740km of traffic jams. One road was completely closed, leaving hundreds of motorists stranded in their cars overnight.

Paris hadn’t seen snow like that since 2010 & 2013…. so those Parisians who could, made the most of it! Montmartre – the steepest hill in the city – saw skiers & snowboarders take to the slope!

Aside from teaching at the University of Poitiers, Wednesday was a hectic errand day.

Sometimes we forget how much of missions life is just that… life!

Who’s in the details?

The engine light recently came on in the car, accompanied by an “anti-pollution system check” message. Since the inspection was coming up we held off… after all we were taking it to the dealership. In France however, inspections are not done at the dealership. They were going to do a pre-check before taking it to the 3rd party inspector. If an engine light is on – we found out – the inspectors won’t even look at it. The dealership said they’d see what they could do & we said a prayer.

“Strangest thing” said dealership staff when we came to pick it up, “the light went off just before we took it to the inspector, but came back on shortly after picking it up.”

They were able to do the inspection and we have an appointment this week to correct that issue and a few other things… to the tune of about $1,500.00. Hello! 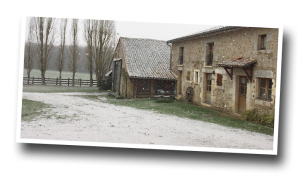 Thursday and Friday were farm days for me while Liz held the fort with the kids. The snow had pretty much all melted but yesterday saw a few more centimeters fall.

After several very hectic days… this was a haven of peace and I was so thankful for it. It was a quiet setting to prepare for Bible School which is happening today in Melun.

Let me share just a bit of my Thursday night with you. Let’s sit & chat over a hot chocolate, watch the flames & listen to the sound of crackling flames…

God bless you this week and help you to find peaceful moments in Him as the stormy winds swirl ’round about you!