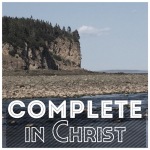 We arrived back in France 12 days ago and I think that it was just the night before last that I enjoyed my first full & normal night of sleep / rest! God bless jetlag!

(…being a bit of a nighthawk doesn’t help)

On one hand, it feels like it’s been a quiet week but there’ve been lots of good things.

Last week I told you about Timo’s experience of God’s healing while at #NAYC19.

We asked him to share that testimony at church on Sunday and it was somewhat new for him. If you know Timo… he’s outspoken and not shy, but testifying in church can be a bit different.

The experience was so fresh that, as he spoke, what began as a determined effort to be succinct and poised, became a Spirit-touched moment of emotion and honest gratefulness. He finished by exhorting people that if they had a need in their life, to not doubt that God was able to touch them in a real way!

Another highlight was when Sophie received the proof copies of books 2 & 3 of the trilogy she wrote and is currently editing.

She’s shy about discussing them too much, as she still considers them very much a work in progress, but suffice it to say that she’s written a combined total of over 700 pages.

What started out as a 1hr discussion about “stories in her head”, on a drive back from Paris in 2016, has taken shape nicely. Book one will likely be available on Amazon within the coming weeks. It’s a work of Young Adult Fiction about a young lady named Faera who discovers a lot about herself, about the history of the Nauwer empire where she lives and the four other nations that were obliterated to cement its foundation.

You know hermits right? They’re people who keep to themselves and don’t come much out into human society. It feels like this week has involved a lot of hermit-ing.

I think it’s a natural by-product of a month of visiting and being in fairly close quarters while in Canada. What’s more, it’s reinforced by the knowledge that we’re soon going to be back to a full complement of activity with Bible School (next week for me), school routines for the kids and keeping it all together (for Liz – who does a great job!!).

Quiet moments are wonderful and here are a few of them from the week:

As you can see… there’s been a whole lot of little stuff that is both a calm after the storm as well as the calm before the storm to come. But here’s what I was reminded of this week as I’ve also been preparing to teach at Bible School next week…

This is one of the most incredible realities that exist and I’m sure that if we fully realized the depth of it and lived accordingly, our lives would look vastly different – mine included.

I’ve been studying Paul’s letters to the Colossians and Thessalonians in preparation for next week. This notion of “completeness” is primarily coming out of Colossians. Consider the following where I summarize a much longer thought by Bible Commentator Warren Wiersbe:

“False teaching is not just teaching blatantly wrong things. It can also be a combination of many things, where there is something for everybody. When we make Jesus Christ only part of a total religious system or philosophy, we cease to give him the preeminence. People are not denying Christ, but the are dethroning him and therefore robbing him of his rightful place of preeminence.”

“… the image of the invisible God, the author of creation and the head of the church... that in all things he might have the preeminence… for in him dwelleth all of the fullness bodily.”

The very next words Paul utters, after “bodily” are the words:

“and ye are complete in him.”

Call me crazy, but if Jesus is anything less than preeminent (enjoying the place of first importance or priority) then how could he make us complete?

Given the tendency, today, to relegate Jesus to “one way among many” is it any wonder that a vast number of people are feeling “lost” in a certain sense? Looking for their identity in other people, in occupations, in material possessions, etc.?

Like Wiersbe said… it’s not that people are denying Jesus, but they are dethroning him; not allowing him to occupy that place of preeminence.

If Jesus is not on the throne… occupying the first place, then who (or what) is? Find the answer to that question and I daresay that many people would have a much clearer understanding as to why they feel incomplete and disatisfied.

I’m thankful that I can read and understand intellectually that I am complete in Christ. Now I pray that God would help me to have a heart-level understanding of it and that it would translate to my daily actions & reactions.

I pray that it be so with you too today.

God bless you & thanks for stopping by.