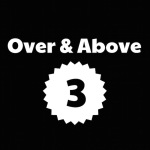 Yesterday I told you about all the furry & feathered friends that we looked after at our little French farm in the country, but I saved one very special friend for today. This is not your average farmyard fare…  Ready to meet him?

(This is part 3 of a 5-part series on how God gives us not only ministry-related blessings when we’re serving him, but how he goes over and above, blessing us on a personal level as well.  If you’ve not yet read part 1 or part 2, I encourage you to do so, you’ll get a more complete picture.)

Call of the Wild…

I’m borrowing the book title of Jack London’s 1903 novel because besides its plumage… the cry of this feathered friend is its most distinctive feature. In fact when I spoke to the owners on the phone for the first time, the conversation was interrupted by an incredibly loud cry, which I just assumed to be a goose of some kind.

When I got there for the first visit, they only made reference to another bird that would likely make an appearance at some point, but without saying any more.

They were right… he did eventually make an appearance and if you follow me on Instagram, you may have seen the photo and already guessed but he was a full-grown, adult male peacock.

There was no special care required to take care of this guy… he was pretty self sufficient.

He would roam about, sometimes on his own and sometimes with the other animals. Only once did we see him with his tail fanned out, while he was in the pasture with the horses and Treasure (if you look closely in yesterday’s photo of Treasure, you can see him).

Gaya (the female great dane) would often “play” with him… threatening to pounce and causing the peacock to jump straight up and fly, from a standing position. To see them take off and fly is both very impressive, considering the weight of the tail, and very beautiful… as you can see.

As you can tell from the pictures… he gradually came a little closer to us and let us get a bit closer to him.

He spent the night on either the rooftop of the house or that of one of the barns, giving him not only a good vantage point but also an early view of sunrise (he’s a better alarm clock than the roosters – given the volume of his cry… see below).

By the end of our second visit this past weekend… he was downright friendly. Although we couldn’t get close enough to pat him, he wanted to be near to where we were… hence the photo of him standing on the windowsill of our kitchen, early Sunday morning before we went in town for church.

It was cool enough that we got to watch this guy strut around from day to day but Timo, just joking around, started mimicking the peacock’s cry and after a few tries… the peacock called back (we happened to catch it on video). Then… the funniest thing… the peacock started running up & down the yard looking for this other (presumable male) peacock that was invading his turf.

While it may seem a stretch to talk about this as a blessing… to a 10 year old boy, youngest in the family… this was a pretty tangible cool-factor-upping experience. Not only was Timo dad’s helper, having the inside scoop on what the various animals needed & how to look after them, but now he could add Peacock Whisperer to his list of great memories that God has granted him while here… things that he’d never have experienced had we remained in Canada.

Among the numerous things they miss… God is giving them their own unique collection of great experiences. These are over & above blessings… for which we are thankful!

If you haven’t read post 1 or post 2, now would be a great time to get caught up. Click here for part four and I’ll tell you more about the setting!

If you are not currently a financial partner in mission, we need your help.
Click here for a full financial breakdown

…be part of what God is doing in France.