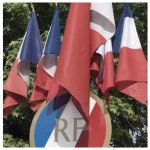 The biggest news in France right now is the French presidential election which takes place tomorrow. I’ve been surprised at the extent to which it has been present in the US media… particularly CNN. Perhaps because of the similarities in terms of the rise of populism.

I’ll come back to that, but first let me step a bit further back into the week.

Last Saturday night the weather had finally warmed up enough have our first bonfire. I’d purchased a small metal firepit for the house several weeks ago, but the weather then got quite cool again, to the point of devastating a great deal of the wine crops by freezing the first flush of fruit bearing sprouts.

We hauled out the necessary fixings for smores and the kids even tried cooking almost the entire smore over the fire (easier here than back home thanks to the square-shaped marshmallows).

Dominic brought out his guitar and we spent some time in worship as well. It was a great evening.

Wednesday night saw the two presidential candidates (Emmanuel Macron & Marine LePen) square off in a national, televised debate and all the commentators agreed; this was no typical debate. Right across the board, they’re using the word “violent” to describe the level of exchange, primarily coming from LePen. Consequently, that level of aggression and personal attack lowered the bar in terms of substantive content policy discussions.

That being said, Macron – while undoubtedly being the more charismatic of the two – is not entirely trusted by the French people who will be voting more against LePen than for Macron.

Regardless… as the last days approach, John 16.33 says that this world will have trouble, but I’m thankful for two verses:

Romans 13.1
“…there is no authority except that which is from God.”

At a time where there’s both an increasing void in leadership and an increasing desire on the part of populations to throw off restraint & limitations, both of these verses point to the fact that God is in control and the best thing we can do is pursue him.

Pray for France this weekend. It’s facing the most important presidential election in many years… not unlike the 2016 US election.

There continue to be challenges here locally. Before we came, I remember Bro. Brochu saying that things don’t happen in France as quickly as they do in North America or in other missions fields. He was right. Still, “I know whom I have believed, and am persuaded that he is able to keep that which I’ve committed unto him against that day.” (2 Timothy 1.12).

Liz is doing final revisions on a translation by the Kings’ Translators (Quebec) on the life of missionary Steve Willoughby and she’s both encouraged by and learning from his testimony.

For my part, I continue to teach at the Bible School and will soon begin an initial translation of the Revival by Design system that we saw last week in Holland, so that we can use it here in the local church.

Before signing off for today, let me remind you that Monday will be another Short Term Missions Monday post.

Traditionally, if a mere job is to become a career, there is logical path to follow, involving increased commitment, greater skill acquisition all leading to a greater degree of comfort fitting into the role.

Answering God’s call to missions is similar. God isn’t about to drop you into a lifetime role without first preparing you. So Monday I’ll look at what that preparation can look like.

Ending on a Colourful Note

One of the things I love about Springtime here is the early flush of beautiful flowers – here’s a taste of what’s in bloom now.

The roses are part of a small public park adjacent to the parking lot we use when we go to pick the boys up from school. It’s an old (very small) castle turned local library so they have laid out a traditional medieval garden.

Thank you for your support and prayers.
Let what you read today fuel your prayers for us and for France.
Now… enjoy the flowery show! 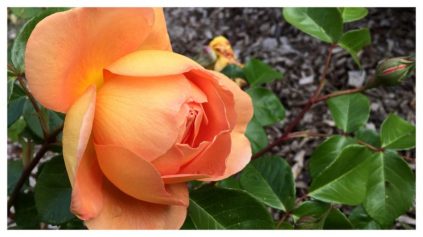 Lily of the Valley to celebrate May 1st. 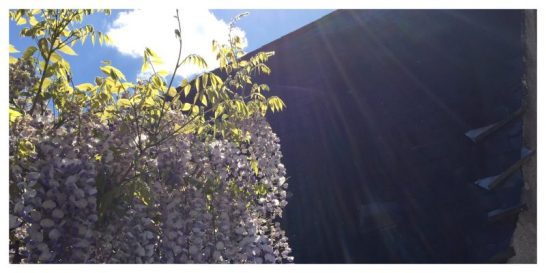 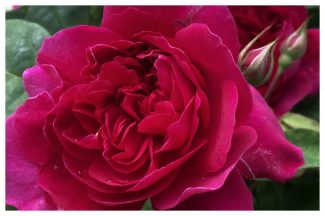