The clock is ticking seemingly quicker than before and our time in Canada is drawing to a close. This time next week we’ll be in Montreal for services with the church in St-Laurent before taking to the skies on Sunday night. It’s hard to believe that things are winding down…

But I’m getting ahead of myself. Let me tell you a bit about where we are & what’s going on now.

We took a final look through the barn this week.

We’d done an initial look-through a few weeks ago but just got 1/2 of it seen to. We tackled it again to get to the other half.

There are a lot of things that we didn’t initially take because we were only expecting to be there for 1.5-2 years. Since that time has stretched… we’ve been wanting to bring a few more things back to France.

It was also a time for reminiscing: The boys found their boxes of Lego & Lego mini-figures (they had LOTS). Well… we lost them for about an hour as they rummaged through and played with the gazillion tiny pieces! 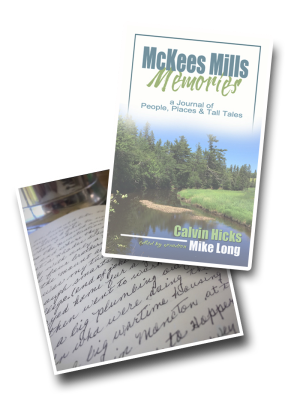 One of my main goals this summer was to publish another book… and I finished the paperback version yesterday.

Back in 2006 I gave my grandfather a journal for Christmas. It was the year that my grandmother died and he was then my last grand-parent. I asked him to record memories of his childhood & youth, family traditions, stories, etc. and he did so.

With the advent of independent publishing, I decided to publish those journals to make them easier to share with the rest of the family and others that may be interested in the community of McKees Mills (Kent County), where he grew up.

I just have to format the Kindle version and we’ll be ready to go. I’m so glad to have gotten this done before things pick up again on our return. 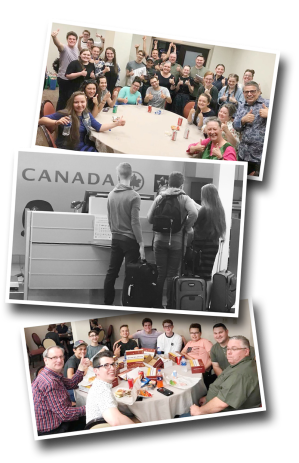 So THIS happened this week!

Remember me asking you last week to pray for safe travel for the kids? Well… thank you!

Early Thursday morning we dropped them at the airport where they were about to jet-off to the wild blue yonder all by themselves!! It was the first time ever so you can imagine that we were a little bit on edge until we heard that they’d arrived safely and all had gone well.

They are spending the weekend with over 60 other missionary kids. Over and above the awesome fellowship they’ll have with others who know exactly what they’re going through… (saying goodbye to friends, living in a foreign land, etc.) Global Missions top brass staff are doing teaching sessions on various topics that will help them not just “survive” their third-culture experience… but thrive!

We’re SO thankful to MK Ministries and Global Missions for organizing this event and for the churches that anonymously sponsored our kids to take part.

…for your continued prayers for our family and for the work in France. Soon, our attention and energy will turn back to the work there. Though we have mixed emotions about leaving Canada and the wonderful friends God has given us here… we are confident in his leading and look forward to being back in the old world!