Good morning from France! Today I’m going to be “waving” at you for the very first time. Oh I’ve “waved” at many of you before…. but not like this; guaranteed!

So I discovered a new app this week via my trusty go-to guy for all things “blogging-inspiration” … Darren Rowse (@Problogger). It’s called Anchor and it’s dubbed “Radio by the people”:  I’m not going to become an internet radio personality anytime soon, but I can see possible uses for it both on the blog and in the work in France. Take a listen:.

This thought for the day…

If you are over 40 and from my hometown of Saint John, you may remember this from local radio:

“…this thought for the day is brought to you by Hillcrest Baptist Church in Saint John. I’m Pastor Darrell Pond.”

The pastor of the church I grew up in recorded, for several years, short radio spot ads to encourage and inspire local listeners as well as increase visibility for our church. Many, many people not even connected to the church knew of it because of those ads…  Is it possible to do something similar through this Anchor app here in Châtellerault? I’m going to give it a try.

If you’ll recall, last week we were preparing for laser tag. As it turns out it wasn’t just the kids… I got to try a round as well. The place is dark and on a Star Wars theme and since Sophie & Dominic were on the opposing team and continually tried to get me… I found myself wanting to say: “Dominic… Sophie… I am your father.”

It didn’t help… they were merciless.

For the first time since our arrival over a year ago… we went to Burger King in Poitiers. Although a “yesteryear” brand in my mind… the kids LOVE it. We went with Sebastien & Ting-Ting from church and their daughter Diane. It was a great chance for fellowship outside of church which doesn’t happen all the time with this couple. 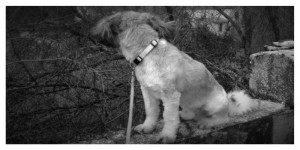 We continue to adjust to life with a four-legged friend in the house. One of the upsides is the walks… I know, I can hear it now, some are saying “Just wait… that’ll get old real quick.”

Here’s our situation: Back home we lived in our house (of course) but left the house for work every day. Here, however, the church office is also located at home which can by times lead to a “we don’t get out much” effect. Walking is team-approach thing and either two of the kids will go together, Liz & I will go or one of us will go with one of the kids. It allows some rare 1-on-1 time with others in our household. What’s more… we get to say “Bonjour!“ to many new people as we see them around the neighbourhood.

Some of you will have seen my Facebook post last week announcing Timo’s blog. He doesn’t post a lot but he will be telling you about some of his travels by sharing some of the souvenirs that he’s picked up along the way.

His first post talked about Vaux-le-Vicomte castle and yesterday he posted about a souvenir from Pisa, Italy. As for Sophie and Dominic, they also wrote new posts yesterday as well… Click their names to see their blogs. 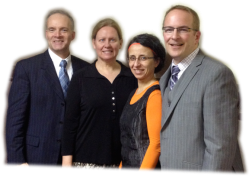 In less than a week, the Brochus will be back in France. Initially, they’ll take temporary housing (one month) in the Paris region… as they settle back in, assume services in the Paris-Centre church during a short absence by AIMers Dean and Loreen Byfield and do some administrative things relative to re-settlement.

That being said, we will have them with us in Châtellerault on Wednesday, March 16th.

Our immediate plans will not change despite the Brochus early return to France. We’d talked about / envisioned a 2-year stay in France and even with them here, our hope is to continue on until Summer of 2017.

I appreciate you stopping by! If you want to wave back, set up an account over at Anchor, follow and reply to my wave. God bless you today!