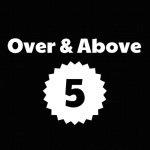 Hi there! Thanks for coming back to catch this last post in the Over & Above series. Today I’m going to tell you about the great family-building moments provided by our temporary stay in the country.

(This is the last in a 5-part series on how God blesses us on a personal level, going over and above ministry-related blessings when we serve him.  If you’re just joining the series today, I suggest you check out part 1  after finishing here, then move through posts 2 to 4 as well, to get the whole picture.)

Although you’ll see a couple of pics with Sophie and Liz… this was mostly time spent with the boys.

We didn’t all go out because our dog Pollux is not 100% reliable (obedience) and goes nuts around other dogs. We didn’t want to upset the balance of things by introducing a ‘rogue wave’ to the mix.

Since it would’ve been a shame for the girls to miss out entirely however, they did come out one Sunday afternoon, following church. Pollux stayed in the guest house, either loose or in his kennel. Still though… neither he nor the other dogs were entirely calm, each smelling the other, so it wasn’t entirely relaxing.

As I mentioned yesterday… both weekends there were wifi-free, but Timo was neither bored out of his mind nor cranky in the absence of technology. He quickly found other things to do…

Hammock time, pool time & slack time were great talk-times. As the youngest, it’s sometimes easy for him to “get lost” amidst his two older siblings. Being the first to help me though, he became the ‘expert’ on all things ‘farm life’… which he could then teach to the others… this was was good for him.

Last weekend, both Timo and Dominic came and it was good in a different way. Not only did they enjoy making memories in the pool & elsewhere, but I got intentional connect-time with both of them as well.

In just two week, both boys will be going to a ‘normal’ school for the first time ever (we’ve always homeschooled). They’ll catch a bus into town, head into a much larger crowd and be under someone else’s care for the better part of the day. They’ll be surrounded by people of different faith or no faith at all and will initially be at a linguistic disadvantage. What’s more, all of this is happening in a school system that is completely unfamiliar to us.

In the end, of course, it’s an incredible opportunity for them to learn French and to make friendships, but it will also be a huge change and an exercise in trust for us (Many of you  have already gone through this…  please send coping tips!).

From the time they decided on school, I began speaking with them about things they could expect and pitfalls to watch out for. Of course the preparation is never exhaustive, but one does one’s best.

For this discussion, though… I pulled in some extra help: We started going through the book

This is part of the very successful Every Man series and it facilitates an important discussion, in a Christian framework, while keeping things age-appropriate.

Fact: They will have schoolmates who are sexually active and/or at least exploring sexuality.

This will be a whole new world for them and it’s too important an issue to simply leave to chance. It is important to me that we, as parents, open this discussion with them – not schoolmates and not a secularized society. They need to know that:

By opening this discussion, I want to give them a fighting chance to live without getting into difficulty in this area of their life.

Where’s the blessing in that?

The blessing is found in the opportunity to get them, physically, out of their zone and in a place with fewer distractions, where it’s just them & dad. It’s a lot easier to break into such a new & important discussion when you’re already out of the normal, daily routine and better connected inter-personally.

It’s about more than just a swimming pool, animals & farm chores… it’s about becoming a better dad and a stronger family.

Heaven knows that there’s an attack on dads, on kids and on families. God gave us an over & above opportunity to better weather the attack – it started last weekend… and I’m thankful!

Thanks for following our goings on during this special week-long series. I pray that it be a blessing to you. Check back tomorrow for my normal weekly post about the week that was!

If you are not currently a financial partner in mission, we need your help.
Click here for a full financial breakdown

…be part of what God is doing in France.