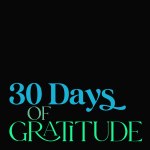 It’s a combination of:

– one word I find incredibly difficult to say, and

I have a verrrrry difficult time saying “No!” In fact, as a people pleaser, I have developped a habit of saying yes even if it’s to my own detriment, out of a fear of disappointing.

Most times, it’s merely led to a bit more hectic-ness, but there have been times where it’s been wayyyy too much. Today, I was faced with a decision and, as many times before, I could say “Yes!” out of fear of disappointing the other person, or I could say “I’m sorry, but No!” to save digging myself into a deeper hole.

I chose the latter.

I read somewhere recently… that “Saying ‘no’ to someone else, was really saying ‘yes’ to yourself… and we say ‘yes’ to ourselves far too infrequently.” I could relate…. but not today!

The other thing I have a difficult time doing … is being up front and direct in some scenarios. It stems from the ‘people pleaser instinct’ above, but it also stems from an aversion to confrontation (Is that a British thing?).

Today, I got up the courage to initiate a conversation that’s been on the horizon for far too long. I’m not sure how it will end, so there’s not a great deal of certainty about things, but I stepped into the abyss.

We’ll see where things end up, but it’s a stake in the ground and a place to start… and just that – summoning the courage inside – is something to be grateful for.

but grateful for the “No… just gotta say…” combo.