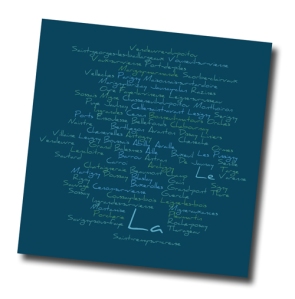 Take a look at the image to the right… What do you see?

Most people would see or notice 3 things:

If you said any or all of these, you’d be entirely correct. That’s really about all that one could say with any degree of certainty for the text size is too small to derive any meaning from what’s written.

In fact, what you are looking at is a word cloud which shows the names of 94 towns and villages that lie within a short drive of the city of Châtellerault. La is associated with La Roche-Posay and Le is part of the name Le Rigny. These will be place names that we will be seeing on a regular basis… on road signs, maps, etc.

I realize that it is small and difficult to read, so as you get to the bottom of this post, you will see a larger version of the same image, and will perhaps be able to pick out the names of places that you might be familiar with.

Why do I place emphasis on what could appear to be a random collection of place names? …Simple, it’s a question of…

If you recall, on Wednesday I referred you back to a post that I wrote last year about a vision the Lord had given me concerning Châtellerault: there would be a crown around the city and that crown would actually be a number of Home Bible Studies, Preaching Points and one day Daughter Works that would surround the city.  Well dear reader, it’s entirely possible, indeed probable, that some of the places named in this photo could be ripe for revival. Certainly every one of these towns and villages house individuals and families that are looking for something to fill a void in their life. They just don’t realize that only Jesus can fill the deepest void.

Today, would you pray over these 94 towns and villages. You may not be able to read each place name, but the LORD knows them intimately. Would you pray a circle around the city of Châtellerault… that God would pour out the light of Jesus, preparing people now for the revival that is already on its way.

Thank you readers, for partnering with us in prayer!
By doing so, you are part of #Revival_inFrance ! 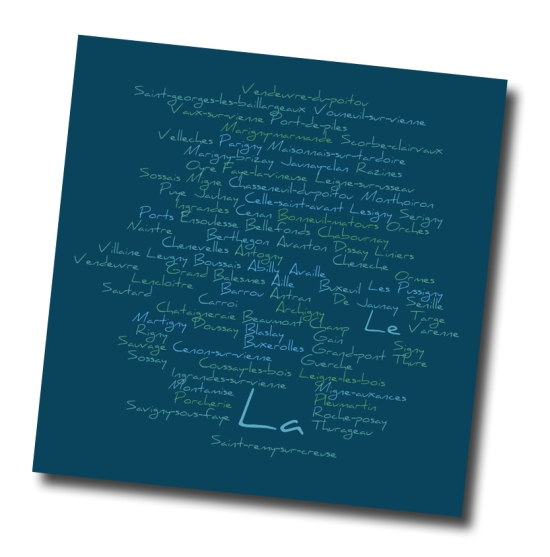