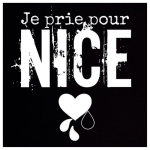 Yet again… France has been struck by an attack designed to kill innocents and strike fear in the hearts of the rest of the nation. The date: July 14th – France’s National Holiday (like US’s July 4th or Canada Day)… Crowds were gathered in city squares & parks all over the country and in Nice, the crowd was diminished by 84 lives immediately following the end of the fireworks display.

Thank you to those who have inquired… we’re all actually in Belgium right now, visiting with Liz’s parents but Thursday night we were watching Le Concert de Paris and the fireworks display live on one of the French stations (forgive the grainy picture… it’s from the TV screen). 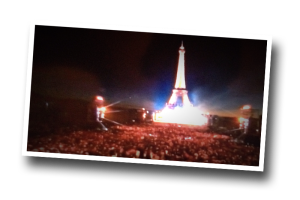 On the Champ de Mars (the grassy area beside the Eiffel Tower), over 400,000 people had gathered and as soon as Liz heard the number she commented on how easy it would be, in a crowd like that, to do great damage.

Wherever there are crowds…

Several news commentators have asked why there have been 3 major attacks in France in 18 months when other neighbouring countries, like Italy for example, have had none: why such a concentration here?

One reason is the huge, and I mean HUGE, Muslim population in France. That in and of itself doesn’t explain it without considering some exacerbating factors:

This is a gross over-simplification of course, but in short the large number of disenfranchised youth is fertile ground for radicalization and there are over 5,000 radicalized individuals in France today, being watched by the government.

As a result of this new attack:

Wherever and whenever there are crowds, the potential for an attack is present and it’s never far from people’s mind. This kind of prolonged stress takes a toll. So why do I entitle this post “Light in Darkness”?

Light in Darkness is an appropriate title for a couple of reasons: 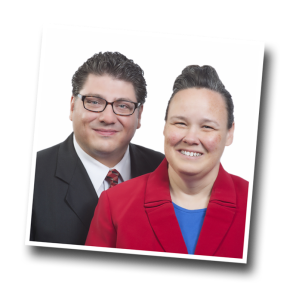 In 2 Kings 6, Elisha and his servant are in Dothan and the king of Aram has surrounded the city with his chariots & horses to capture Elisha. The servant wakes up to see this and, gripped with fear, turns to Elisha, who responds “those who are with us are more than those who are with them.”  The Lord then opened his eyes and the servant saw the hills full of chariots & horses of fire around Elisha.

This also reminds me of Psalm 34.7
“The angel of the Lord encamps around those that fear Him and He will deliver them.”

God’s word gives us hope and is LIGHT in the midst of darkness.
.

Look for Light… Be Light!

Also… be looking out for an extra post during the middle of next week
where I’ll talk about expanding the blog and using it to “Go Deeper.”

Some give by going & some go by giving

Will you GIVE  so that we can continue to GO?
Together we’ll GROW the work in France