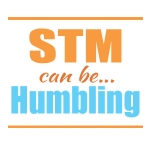 Shortly after Christmas, my wife and I got to laughing.

You know the laugh… the one that’s half hilarious, half pathetic, sillier than silly and for seemingly no good reason. That was us.

We’d been talking about the uncertainty of finances and the constant challenge to make ends meet and then she said, as we sipped away on our afternoon cup of coffee…

“It’s a good thing that you can make snowflakes, to hang on the wall, out of toilet paper rolls and spray paint!”
(2016 Pinterest trend)

And that was the “Gufaw” moment… or, in modern internet parlance…. the “BAHAHA” moment. For although the spray paint represents an investment, there will never be a shortage on used toilet paper rolls.

Had we been living in Canada, there is little chance that I’d have my change or my pens, etc. stored in used tuna or soup cans on my dresser… uhhh, no… just no.

At the very least, I’d have gone to an antique or a used goods store and looked for something like an old, thick glass jar for pens and maybe a discarded pottery soap dish for my spare change…. something with just a bit more character than tin cans.

(note to self: head to the thrift store to
look for old glass & pottery items)

Back home in Canada, there’s no way I’d’ve re-purposed tin cans and used them. I had a different standard. I must admit, when the tuna can first showed up on my dresser, I did flinch a bit internally. Said flinch may even have been accompanied by an internal (unvoiced) …. “Seriously…. ugh.”

I didn’t voice my unspoken “UGH!” (for it was indeed most likely an all-caps ‘ugh’) because after nearly 20 years of marriage I have gained enough wisdom to know that introduction of the tuna can meant that Liz had grown tired of seeing my spare change lying around.  The tuna can would not only keep it contained, but also out of sight because the lid of said can was also present and could be set on top.

With time however, something strange began to happen. I learned to simply lift the lid, drop in the change and replace the lid.

No flinch, no internal Ugh! I barely thought of it anymore.
I grew accustomed to the can.

The same process took place with my ties in the ice cream container. My initial (and still internal) “Ugh!” was replaced with acceptance and a willingness to just flow with it. It did after all keep the shelf a whole lot more tidy.

Oh I know it may not look great but it keeps them organized and the fact that they’re rolled keeps them from becoming wrinkled and unsightly to wear.

*update* a clothes-hanger-style tie & belt organizer made its way ‘neath the tree at Christmas. So this ice cream container is now free to hold more freshly baked cookies.  We all win!!

Oh that’s easy. STM is humbling because from a financial standpoint your life (and lifestyle) will become much different.

This may not be all that noticeable if you’re only on STM for 3-6 months… you kind of expect it and it’s just part and parcel of the short-term experience.

When you’re two years in however, like we are, it’s a little different. It’s less of a short-term thing and more just day-to-day life. You live below the standard of living to which you’d long been accustomed.

It’s very spiritual to say that “our trust is in the Lord” and we say it a lot.  There are also times that it’s just downright hard; you’re forced, for better or for worse, to rely on the Lord and on his people.

The positive side is that, in the end, you become a bit more used to not getting caught up in as many of the trappings so common in a consumer-driven society. You become accustomed to a bit more simplicity… and that’s positive. This world is not our home, we’re just passing through.

But coming to the place where adopting that attitude is a comfortable place to live puts you in direct opposition to mainstream society – whether inside or outside the church, and that positive change, dear friend… is the result of a very humbling process.

You’ve already done one STM trip, perhaps even two… where do you go from here?
Traditional companies often have a career progression, but what about missions?

I’ll share what I’ve gleaned next time.
See you Monday May 8