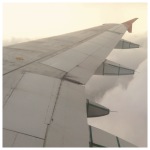 Things have been beyond crazy over the past two weeks and I’ll get to that, but let me start by saying that today is a very special day because as many of you are reading this, we’ll be sitting in an Pensacola Florida auditorium waiting for Sophie to march across the stage in blue regalia… ready to receive her high school diploma.

Next week I’ll fill you in on how the day went, but first let me get to the 2 weeks that were! 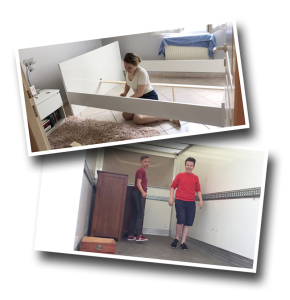 No, not us… the Brochus.

After spending two years in a furnished home, they will soon move to an un-furnished home and needed to reclaim a good deal of their furniture and household items. We were pulling together many of the last minute details for our departure and the boys were already done school which meant that they could assist the Brochus with some “heavy lifting” so to speak. Help they did, and while they were helping move the Brochus out, we also had to move a few new things in (and assemble them too)… like Sophie’s bed for example. 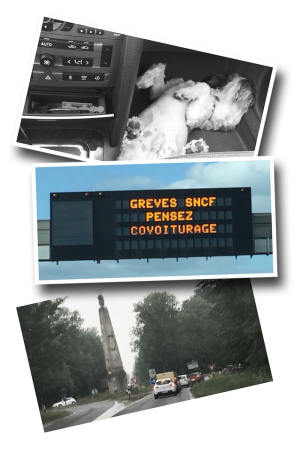 The Brochus were still loading the last few things when I left for Paris where I was picking up ministry friends who were coming in for the weekend.

I took advantage of that first trip up to take 3 large suitcases as well. We would drop them at a friend’s house in preparation for our departure. I also had Pollux with me – he will be staying with friends in the Paris region during our absence.

As many of you have seen in the news, there are major strikes taking place in France at the moment… most notably, the national rail company. Because of that… I would have to make a third trip up to Paris in just four days (roughly 2,000 km/1,250 miles).

I’m ready to not see another French highway for a good while!

Final (Great) Service for a while 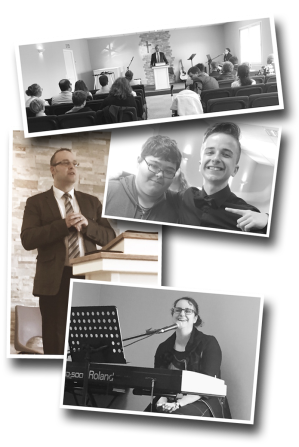 Last Sunday we held our final service in Châtellerault before leaving.

Very good friends, Rev. & Mrs Dan Desroches from Bathurst, NB were with us before heading off to minister in Gabon, west Africa for 10 days. It was he who spoke and we had 4 first-time visitors as well as a second-time visitor as well. What a boost in the arm!

Dan preached on the question “Who do YOU say that I am?” … where each one of us, like the disciples, have to determine who Jesus is to us personally.

We thank God for time with friends! 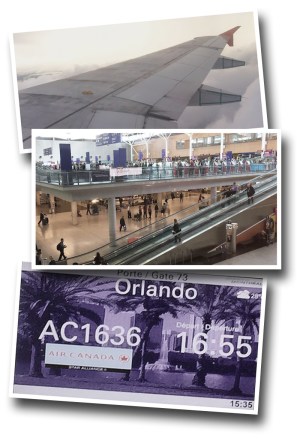 We all made it on the same flights (Liz & Sophie were flying stand-by) and in just a few short hours…we found ourselves going through Canadian customs & immigration in Montreal. How wonderful to once again see Canadian flags all over the place and to have a Tim Horton’s coffee shop at every turn!

We spent that first night with friends in Montreal and flew down to Orlando the following day (Wednesday).

From there, we picked up the rental car and headed up to Pensacola for Sophie’s graduation (another 7hr drive).

We’ve seen the Lord’s hand at every turn … and felt your prayers. Thank you.

That’s all for today as we have a graduation to prepare for.
(more on that next week)
God bless you and thank you for your continued prayer & support!