November 8, 2014 By Mike in People, Process Tags: patience, UPCI, will of God 8 Comments

Well… it’s been quite a week!

On Wednesday, a for sale sign went up on our front lawn.  After 17 years in the same neighbourhood, the same grocery store, the same traffic patterns & neighbours we are headed for change and put our house up for sale.

If you were to look at things from an economic point of view, it’s not a good time to put a house on the market, but we trust that as we do our utmost to get everything in place, God will do what is necessary to handle those things that we cannot control. We trust him!

It’s a great house (with tons of landscaping – shrubs & perennials!  I got rid of the menagerie of animals though!  🙂 ….you can take a look at the listing and photos of the house here.

Now though, we get to the best part of my week. I’d been somewhat apprehensive about the whole process of obtaining a Long Stay Visa for residency in France; not because it’s tough to get, but simply because everything had to be done by email & phone and they’re located in Montreal… the question of time constraints, getting an appointment, possibly having to make the 800 km trip more than once, etc. was a tiring prospect to me.

In an attempt to get the ball rolling, I emailed both the French Consulate in Montreal and the Regional Prefecture in France. Then they emailed back.

(I must admit, it was more than a bit exciting to receive an email from both the Consulate of France and the Prefecture within only a short time of one another!)

Even more exciting than receiving the emails was that, after laying out our scenario – Liz is a European citizen and the kids as well – they indicated to me that in fact I don’t need a visa!!

As the non-European spouse of a European citizen, I am able to bypass the visa process and go right to resident’s status by a very simple process. I simply arrive in France and make an appointment at the local Immigration office, present the necessary paperwork and it goes fairly quickly after that.

Folks… THAT is a MIRACLE!

…yet another indication that we are in the will of the Lord and that He has made provision for our every need. 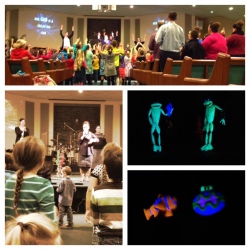 After hosting the Atlantic District Kids Convention last night and today, we are excited to be heading to Fredericton tonight to hear from Bro. Lee Stoneking. He had a significant influence on my early time in Pentecost and so whenever I get a chance to sit under his ministry, I don’t pass it up.

I was at the altar praying one day and he asked me point blank if I’d ever been baptized in Jesus’ name for the remission of my sins.  When I responded that I hadn’t, he asked me, just as “point blank”… “Well, why not?”

I’m so grateful for that conversation at the altar. It was both direct and balanced enough that I went home, looked up the 80+ verses that have a derivative of the word “baptize” in them and saw that with the exception of Matthew 28:19, every time we see people being baptized in the Book of Acts – it was either “In the name of Jesus” or “into Christ” etc.  …Either the apostles were accomplishing Mt. 28.19 when they baptized in Jesus’ name or they were completely disobedient to it; and if they were disobedient, then the foundation of our faith is severely eroded. There was no doubt in my mind that I needed to be baptized in Jesus’ name.   …and I was, on Dec. 14th, 1997.

Thank you Bro. Stoneking for being used by God as the tipping point!
Thank you for following our preparations and covering them in prayer. It makes all the difference!