Yesterday, for a short while, I hated being in France and resented our call to this country.

These are strong words, I know, but you need to take them with a grain of salt and understand the context. They are the fruit of a tough good-bye.

This year, my mom will celebrate her 70th birthday. 70… How did that happen and where did the time go?  Only yesterday she was working part time at the bank, had an “afro-perm” (it was the 1970’s… go easy) and we’d spend time at my grandparents’ after school until her return from work.

Now, years later,… my dad has passed, her parents have passed, all of my grandfather’s siblings have passed and my brother lives some 20+ hours away from her. Thankfully she has a sister in Moncton and another in Halifax. For most of my married life, we’d been the “close” kids/grandkids (simply in terms of geography)… at only a 1.5-2h drive away. In January 2015, however that changed and the presence of an ocean between us suddenly knocked us from “geographically closest” position.

At the time, I think she felt the coming loss more than we did. We were buoyed by adrenaline and the anticipation of a new life in France. How romantic n’est-ce pas?  (In the “leave & cleave” concept… “cleaving” is always more romantic than “leaving”, but one cannot take place without the other.)

Though we left mom back in Canada in 2015… realizing the importance of what we’d left behind would be felt more and more acutely in the months since then. Subtly, slowly, but most definitely!

Then she arrived in France. 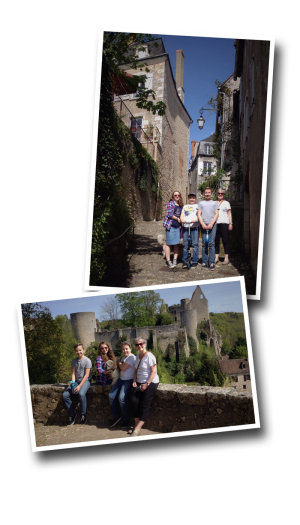 Our 5-seat car wouldn’t allow all 6 of us to do much sightseeing together, nor would our budget really. But that was OK, said she, “I’m coming to see you guys.”

We managed to see a few sights, broken up into smaller groups of 2-5, depending on the trip. More often than not I was the chauffeur (going out of town), and more often than before I found my hand in hers (or was it hers in mine?) or my arm draped around her neck.

We saw more than she expected, yet her favorite memory was not the chateaux, the pastries or the weather; it was the kids acting the fool in the back-seat of the car; singing, laughing & exchanging inside jokes & pointed jabs.

How do you capture that memory with a camera? You can’t. It has to be carried in the heart. 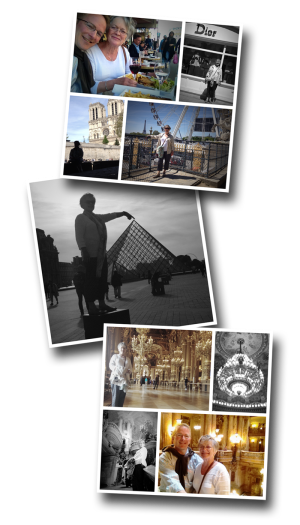 All good things must come to an end and the 2+ weeks of her visit was no different. We drove to Paris Thursday so as to see a couple of sights (how can you be in France & NOT see Paris?) and to avoid the stress & fatigue of an early morning departure & 4hr drive to the airport on departure day.

The one thing that never came up in conversation during all that though, was the following day… D-Day… departure-day, each one knowing that to do so would be to turn on a tap of tears which we’d eventually try to explain away with broken voice. Not sure if that was out of pride or just out of wanting to enjoy the day to the most.

Oh… inevitable did happen, you can be sure: Shortly after check-in yesterday morning and just before the departure through security, between terminal 2A & 2C.  Couldn’t barely get the first word of good-bye out but that it begun… absolutely on cue.

Fortunately (or not) it was reasonably short-lived as we attempted to regain some composure and so that she could get through security without looking like the Wreck of the Hesperus. Then began my drive… no radio, no news, no CD, no podcast… nothing. Silence is always better for truly feeling & experiencing one’s emotions, rather than trying to bury them – don’t you find?

Why did I have to say good bye to my mom yesterday?

Why did Liz & the kids have to say goodbye on Thursday?

Because of the French:
God’s love for them and His call on our life, for now, to work among them. 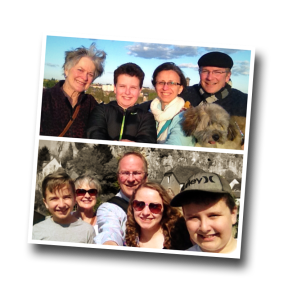 So, do you see why I asked you to take my opening comments with a grain of salt & why I issued a transparency alert?

Answering God’s call to France took the “near kids/grandkids” and made them the “far kids/grandkids”… and when that happens, 2 weeks is just not enough. Distance truly does make the heart grow fonder…especially when it comes to your mom / gramma!

We’ll be OK. We will. We’re not the first to experience this and we certainly won’t be the last. I dare say, with my limited experience, that it’s part of the deal… It comes with the territory that is mid-long term missions.

But still… now you know how to pray for us specifically this week.
We appreciate it.