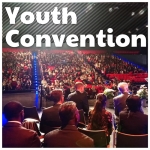 Although three round trips to Melun, in 10 days, was pretty tiring, there was a refreshing in our Spirit that made last weekend’s trip absolutely worth it. It was the French national youth convention (which doubles as the European youth convention) and it was absolutely incredible. I can’t wait to tell you about it. 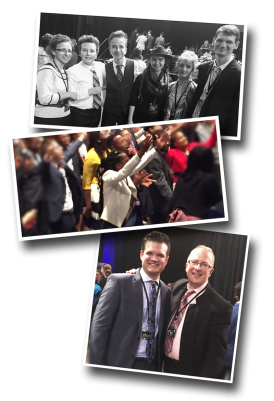 There were roughly 1,000 people in attendance over the weekend and while most were from France, it didn’t end there. People had traveled from 18 countries specifically for this conference. I’ll mention three in particular:

It’s very cool to be part of the worldwide family of God!

…was the guest preacher for the weekend and what an incredible job he did during the three services! He was part of AYC2015, so I’d translated for him before and it was an honor to do so again, along with fellow translator Virginia Montoban.

There were three messages over the weekend and they were so timely.

Several were filled with the Holy Ghost over the weekend and the conference as a whole was challenged to not succumb to the passive mentality that is prevalent in the world at large… but rather to be diligent in serving the Lord, taking new territory spiritually.

I’m so thankful for God’s word and great young men like Bro. Levine who dedicate themselves to it. “Lord, always let my heart be teachable… ready to learn something new!”

Though we celebrated Timo’s birthday a couple of weeks ago with his friends, his actual birthday was this week.

He shares the same day as Prince Charles of England… (and sometimes we have to treat him like royalty – 🙂 ).

He got his favorite meal and a few cards that had come from back home.

This week I started something that will be both fun and informative, a series of daily posts on the theme of short-term missions (STM). These will be different from my STM Monday posts in 2 ways:

Join me for these short & fun daily glimpses into the life of short-term missions and see for yourselves.

This week we sent out our most recent partner newsletter, France at a Glance.

That’s all for today…