January 8, 2015 By Mike in Events Tags: Paris Leave a comment

Today is a national day of mourning in France, and the nation is hurting.
It is also resilient and resolute.

Many of you will likely have heard on the news yesterday, about the gruesome attack in Paris, killing twelve but leaving millions asking why. The hashtag #JeSuisCharlie has popped up everywhere… a reference to the name of the weekly satirical newspaper targeted by the assassins; Charlie Hebdo. The publication was definitely left-leaning and irreverent in its tone, but that irreverence was shown equally toward Christian, Jewish and Muslim communities. Not my cup of tea, for sure, however yesterday’s events were senseless. 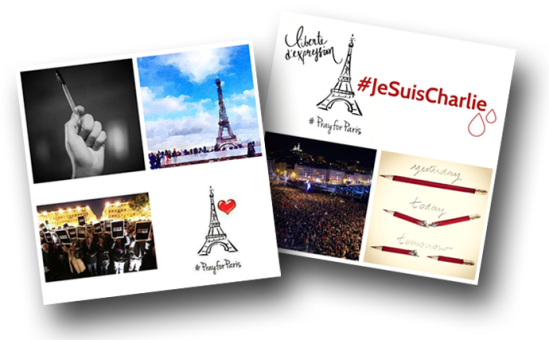 All over France last night, vigils were held, town squares were filled and people banded together in an attempt to both seek comfort in community and show united determination. Below is a short video (1:45) by Thomas Blanc at TV Tours, of people gathered together in Tours, France (about 45min from Châtellerault). Kudos, M. Blanc, for a wonderful depiction of French solidarity in the face of adversity!

Note also that another hashtag popping up in the Instagram, Twitter and Facebook worlds is #PrayforParis. Rather incredible… a largely secular society is asking for prayer for its national capital and, by extension, for the nation.

Let’s give them what they’re asking for:
Pray for Paris, and for France on this, their national day of mourning.